Then God said, “Let us make man in our image, after our likeness. And let them have dominion over the fish of the sea and over the birds of the heavens and over the livestock and over all the earth and over every creeping thing that creeps on the earth.  So God created man in his own image, in the image of God he created him; male and female he created them” (Genesis 1:26-27).

Proverbs 31:10-31 is a wonderful picture of the life of a married woman with children. She had two major priorities in her life that are easily seen in these verses.

Though this woman obviously brought in some income for the family, she did it while keeping her children and home first. From the descriptions of her work, (“considering a field and buying it,” plants a vineyard” [though her servants probably did the physical labor under her oversight], sells linen garments, etc.) we see that she is capable of many things.

That she “considers” a field conveys the idea that she used her mind. She considered what kind of crop it would yield and how many people it would take to work it, what work needed to be done to prepare it, etc.  Her husband trusted her and, though I am sure they talked about it, she made the transaction to obtain it.

Why am I so sure they discussed it? Because she feared the Lord so she would honor her husband’s leadership role in the family.

She was kind, generous, and wise and the people of the community knew it. This is something that reflected well on her husband. Wives are not responsible for the reputation of their husbands at whatever “gate” God has placed them. However, wives can play a role in what others think of them.

Proverbs 31:22 says that “her clothing is fine linen and purple.” This suggests that she took care of herself. When she went out into the community she looked well cared for which also reflects well on her husband. A woman who is not well treated by her husband will often show that in her appearance.

When a couple lives according to God’s plans for marriage, both benefit and the peace and joy that promotes is obvious.

There are women who show, often on social media, that they do not respect their husbands. Perhaps they do not mention him by name but they post things that are derogatory of men. “Stupid men memes” we call them at our house. These memes do not honor our husbands, our fathers, our sons, or, most importantly, our God.

All of the work and the gifts the “Virtuous wife” (Proverbs 31:10) displays cannot be expounded in one post. However, we can see that using our minds, guarding our marriages, prioritizing our children and homes, and fearing the Lord can bring great benefit to those we love and that God has set as top priorities in our lives.

The dominion mandate stands firm today. God gave it and created a helpmate for man to accomplish it. Wives, are we helping our husbands take dominion of the earth for the glory of God? Are we starting at home?

(Recently Beth had the privilege to speak on this topic at The Future of Christendom Conference in Lancaster PA, you can hear the talk at the Mid Atlantic Reformation Society YouTube page.) 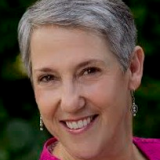 Beth loves serving Jesus Christ as one who "feeds His sheep" in an effort to challenge the women of God to think and live biblically. It is her desire to teach God's Word diligently with reverence and awe for the Source of the truths she teaches. Her engaging presentations aim to motivate her listeners to be doers, not just hearers, of the Word. Follow her blog at www.bethbingaman.com